In the land of Dharma, every story is re-told in the traditional sense to enact, establish and ensure Dharma.

For several years now, I have come to believe that Sustainability dialogues cannot happen without ethics and that lead me to understanding Dharma. One of the meanings of the word ‘Dharma’ is ‘dharyate iti dharma’, that which binds and holds things together, says the old scripture, is Dharma. The old teachers of Dharma did just that, they ensured that for every age, there was re-telling of the virtue of what is ethical and what is not.

Not having ethics in our collective and reducing it to the individualism through faith systems is a big failure of the religions of the world. I think all religious have done this, especially those that are economically dominating. Religions of the world have tried to minimize the risk of them confronting dominating forces of the day by keeping religion to small altars within homes while large hoardings outside the homes can pronounce all that is destructive and unethical in large neon signs. 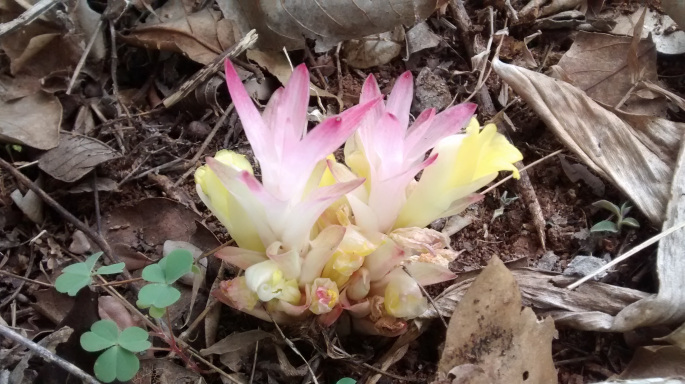 In the past few hundred years, this has meant, a Scientist highly respected for his individual brilliance and integrity, can produce a bomb of mass destruction, place it in the hands of a despot, and watch it being used and needn’t feel responsible. Time and again, de-humanizing sciences and technologies have been celebrated and pursued in the name of ‘creativity’ and ‘freedom’ often with neither responsibility nor any qualm regarding its eventual purpose or usage. This has increasingly come to a stage where pursuit of any science and technology that is of non-destructive nature is well nigh considered an anomaly today.

Similarly, a business person can destroy several parts of the world through mining deeper and deeper, reaching out to the very core of the earth as it were, and in the process making life miserable for the eco-system, the people living in the vicinity, the water ways en route, the air ridden with toxins, the unending roads that destroy forests to transport the ore to far off lands..and yet contribute a small share of his profits to be celebrated as a ‘great philanthropist’ in society.

While the consequences of the irresponsible and unethical ‘development’ model is known today and much articulated, the response have always been piecemeal and scattered. It says less about the force of those articulating the responses and more about the power that the unethical part of the world has acquired. So, as a human collective, we declared our failure when we called the world as passing through the epoch of the Anthropocene Age.

Dharma Institute is born out of a need to revive ethical behaviour in the collective. Of course, the forces that are unethical are stronger and will continue to remain strong for sometime to come. But, the Dharma forces cannot stop articulating that which is Dharmic, it is a duty to consider and share. But, what is Dharmic in a given context itself is difficult to perceive, crowded as our language and idioms are with phrases and identifiers that are all unethical. So, a dialogue on Dharma starts with examining the language first, acknowledge its limitations and try and escape the same. The very reason to define it as Dharma Institute is to escape the traps of calling it as ‘Ethics’ and thereby get limited. Dharma is not English and its meaning has not been defined by any singular titular head of a religion. It is what came as an collaborative commons that is more defined in its actions and less by its concepts.

In the Indian civilization, Dharma is a very old word. Small local villager may utter the word as describing an act of humility, responsibility or compassion, yet not be able to define the term in itself. Scholars may be able to define the term chronologically and what has been written by the various authors over long period of history, with citation from the epics and religious texts, yet, not be able to contain the term in its totality. That is the beauty of this term, it is truly defined by the collaborative commons.

Dharma is neither Hindu nor Buddhist. Its equivalent must have been there in every ancient language and every civilization. However, the Indian Civilization, living as it does in multiple ages at the same time, in antiquity as well as modernity, has retained this term without losing out to modernization and centralization of the language itself. The term is common to several languages and dialects spoken in Indian sub-continent even today.

Dharma Institute will be a place for dialogues to bring back ethics into collective thoughts and actions. It will do so through off line and on line dialogues and discussions. It will conduct periodic workshops in various parts of the world where the discussion will centre on the day to day issues of economy, development, livelihoods, governance, polity, religion, institutions, cultures, media, social media, mass communication, public relation and advertising, and other spheres of collective human activity.

Dharma institute is born out of a need to revive ethical behaviour in a collective.
Visit Website 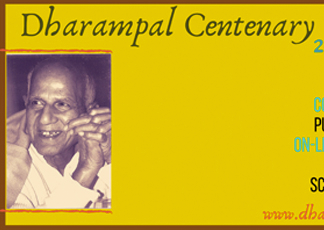 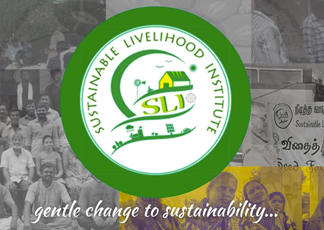 The only institute of its kind in all of South Asia offering Sustainable Livelihood capacity Building Solutions. 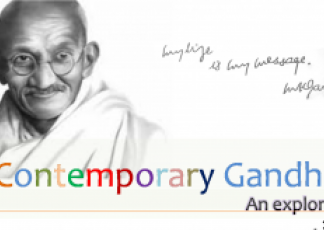 A page to explore the Contemporary meaning of Gandhi, his philosophy and action to address current day issues and challenges.
View More